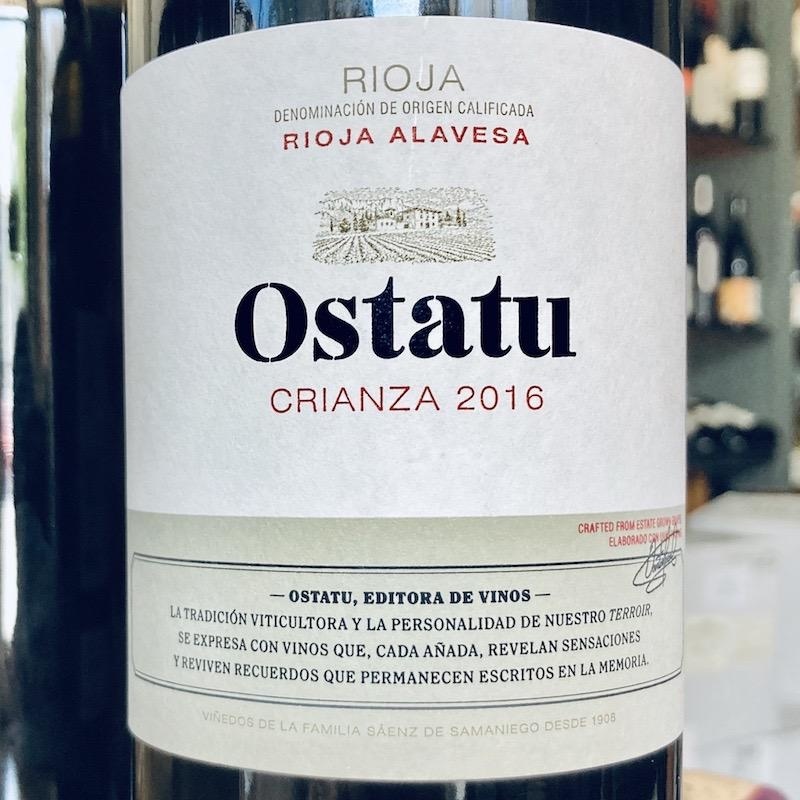 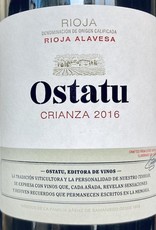 Bodegas Ostatu is a family winery located in the heart of the Rioja Alavesa region in the town of Samaniego. The Saenz de Samaniego family has been in the area for many generations. The winery dates back over two hundred and fifty years. The vineyards, which are protected by the Sierra de Cantabria range, are composed of chalk and clay and the average age of the vines is 50 years. The estate is comprised of over forty hectares of vines located in and around the town of Samaniego. The poor soils and the unique location at the foot of this mountain range together create a special microclimate that is very favorable to the Tempranillo grape. Until recently all the wine was made in the carbonic maceration process and intended for early consumption. This philosophy changed when Hubert de Bouard de Laforest of Chateau Angelus saw the vineyard sites of the family and expressed an interest in collaborating on a special project. He realized that the age of the vines, combined with the unique orientation of the vineyards, could produce drastically different wines that could compete on the world stage. By changing from carbonic maceration to traditional fermentation and by reducing yields in the vineyards, Ostatu became able to produce wines which live up to their full potential. Iñigo Saenz de Samaniego, the youngest of six brothers and sisters, is now at the helm of the winemaking. Building on the innovations of the joint project with the French, Iñigo is continuing to seek elegance through the modernization of the family’s wines.