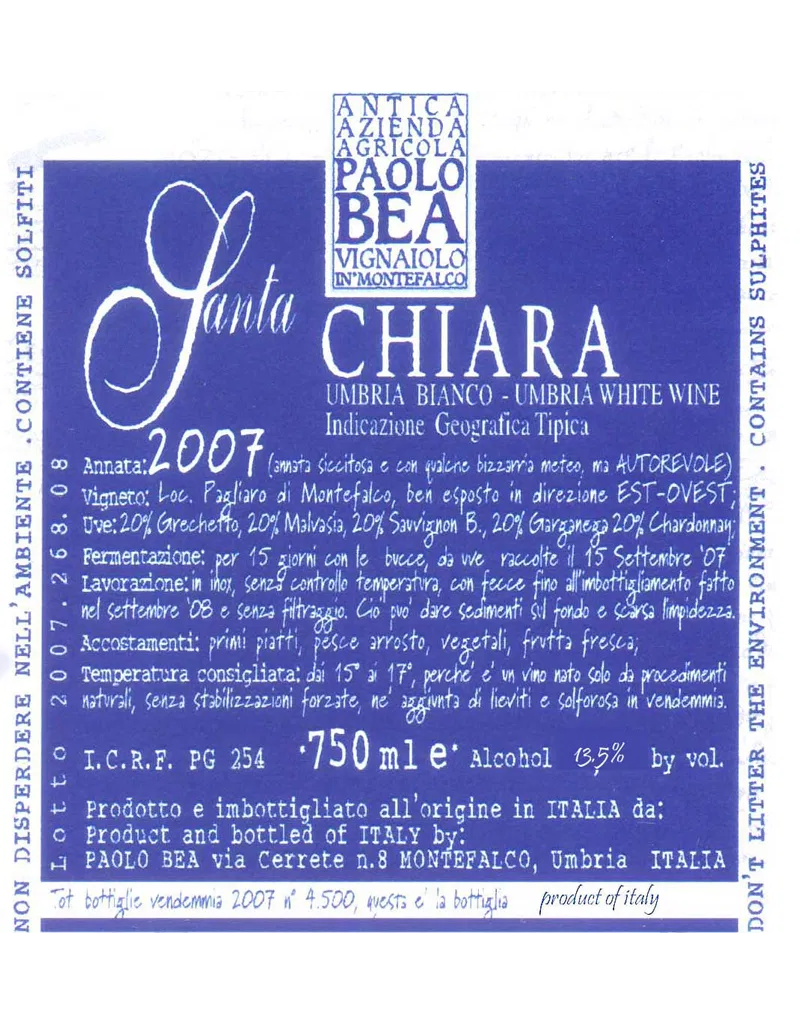 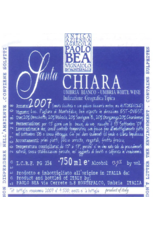 Santa Chiara, Umbria Bianco: A white wine produced from Grachetto, Malvasia , Chardonnay, Sauvignon and Garganega, in approximately equal proportions, planted in the “Pagliaro” vineyard, a site with alternating layers of gravel and clay at 1300 feet above sea level with both east and southwest facing parcels. After crushing, the juice spends at least two weeks macerating on its lees; sulfur is never added. Fermentation occurs in small stainless steel vats at low temperatures. Two rackings are done early in the fermentation process to remove the heavy deposits and a third is done after three weeks. This wine is then left on the fine lees in stainless steel for one year before being bottled. Approximately 4500 bottles of wine are produced annually. 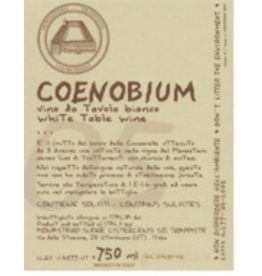 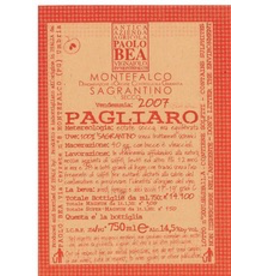