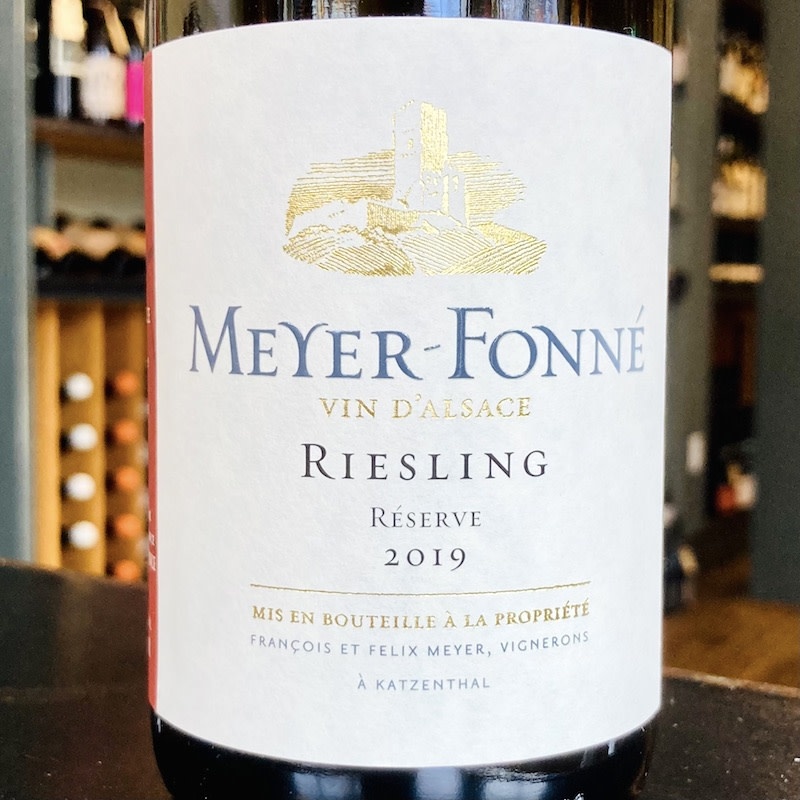 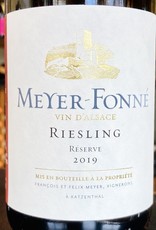 Félix Meyer is a rising star in Alsace and has an evident instinct for his craft. He is the third generation in his family to be making wine since his grandfather founded the domaine in the late 19th century. Since taking over in 1992, Félix has already left his own mark, modernizing equipment in the winery, developing export sales, and now expanding the family’s holdings in many of Alsace’s great vineyard sites, including several grand crus. The Riesling "Reserve" comes mainly from two plantings, in 1969 and 2006, with some declassified Grand Cru fruit thrown in for good measure. It's a nice snapshot of what this grape does in Alsace, which is quite different from anywhere else. Comparing with those from the Mosel, for instance, this is softer, a little less jumpy, and creamier on the palate. A little more Fleetwood Mac than Black Sabbath (RIP Christine McVie). This is a holiday dinner white, when that dinner has a seafood stew or something like that to start. It's also great with creamy washed rind cheese. Go find yourself a Vacherin Mont d'Or!