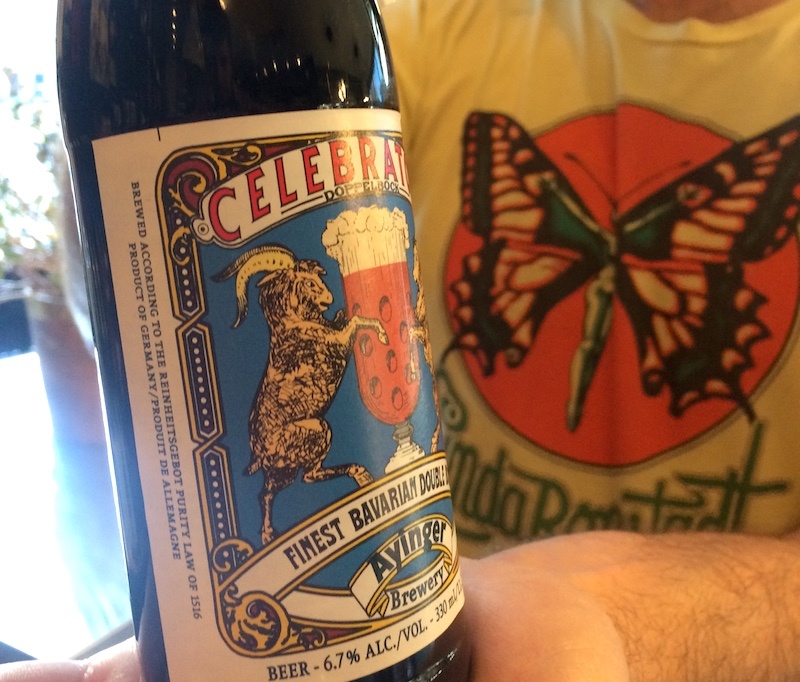 Ayinger Celebrator
Some beers really get your goat; but this one comes with a cool goat necklace! Ayinger Celebrator is indeed celebrated as one of the best examples of a Bavarian doppelbock and it's hard not to like this delicious meal in a glass. A perfect, warming beer for those who love malty richness, it's easy to understand why the goats appear to be fighting over a frothy glass of this on the package.

Dupont Foret
Saison Dupont is unquestionably the best known Belgian saison in the world. This beer, Foret, is certified organic version of that world classic.  It's got those classic Dupont flavors, pepper, lemon, hay, light funk, and so forth, but it does taste a little different than Saison Dupont for sure, clocking in at 7.5% abv (versus the 6.5% of Saison Dupont).  Seems appropriate for the changing season!

Lawson's Fayston Maple Imperial Stout
While Lawson's flagship Sip Of Sunshine has been showing up with increasing regularity these days, it's still fairly uncommon for us to have any other beers from this Vermont brewery. Here's one that appears to have actually been packaged in Vermont (not at Two Roads in CT like Sip Of Sunshine), and it's a 10.1% abv bruiser of an imperial stout that uses real maple syrup. I've always liked Lawson's maple beers and this one does not disappoint.

Notch Fodderstompf
Speaking of beers not brewed at Two Roads, here's one from Salem's Notch brewed at their Salem brewpub. Notch's flagship Pils (brewed at Two Roads) is a Czech-style pilsner. This effort is German style using Spalt Select hops and Barke Pils malt. Hey, we gave you a bunch of heavy things this month, a 4.5% abv pilsner is probably just the kind of palate cleanser you're going to need.