Johan Reyneke has taken a somewhat unconventional route to becoming one of the leaders of the new wave of South African winegrowers. As a young man he seems to have preferred surfing to gainful employment. (Ask if you'd like to see a photo of his bleached dreadlocks from that time.) Rather than the increasingly typical #sommlyfe track, Reyneke started as a laborer in the vineyard. First seeing the wine world from the worm's eye view seems to have affected his decisions as a winemaker in a couple of notable ways: first, his pioneering commitment to the principles of biodynamics; and second, his extraordinary concern for the well-being of his employees as exhibited in his "Cornerstone project".

We had the pleasure to meet Johan last week and were taken by his humility, conviction... and his wines! We can think of no better way to introduce the wines than feature them all month long here at the shop. We'll also be opening these next week, so stay tuned! 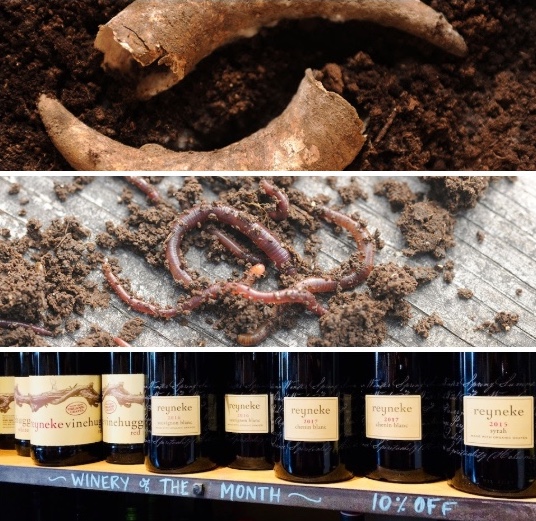