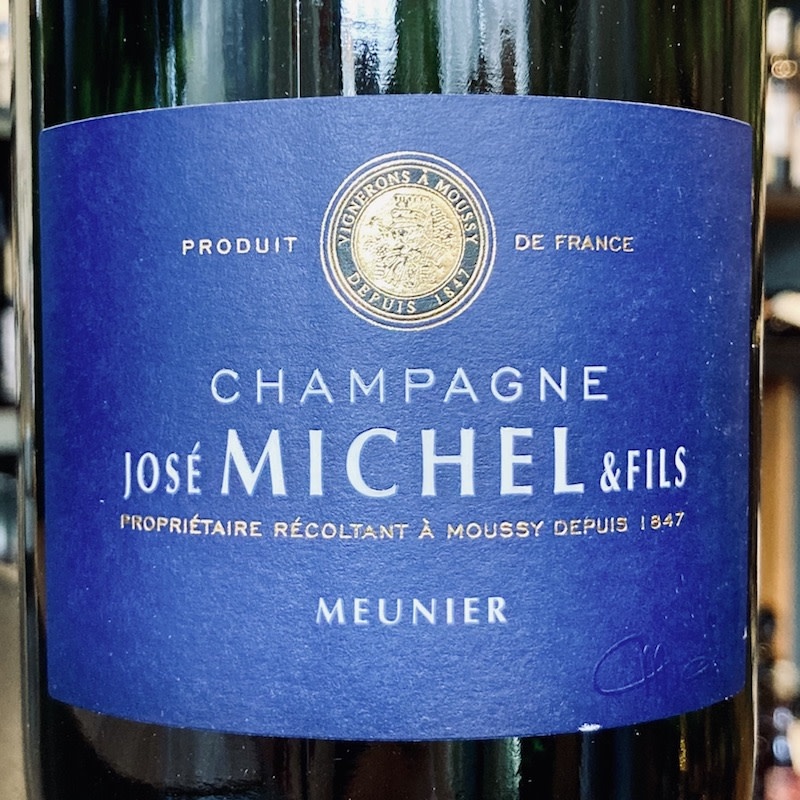 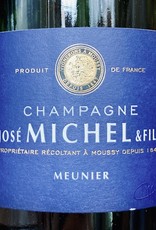 José Michel made his first vintage in 1955 and thanks in part to his cellar of very old bottles of Pinot Meunier, he developed a cult following for his Champagnes. José passed away in 2019 and this “Maison de Tradition” which began in 1847 is now, seven generations later, run by José and Nicole’s grandson, Antonin. Antonin is brilliantly refining the work that José accomplished over six decades and developing his own ideas. As he says, “José and I agreed on practically everything”.

The Champagne house is located in Moussy, a small village just south of Epernay. The 7 hectares of vineyards are spread throughout a number of villages, both in the Cotes D’Epernay and in the Vallée de la Marne. The vineyard sights with a richer clay soil are planted to Pinot Noir and Pinot Meunier. The slopes which have a calcareous soil are planted to Chardonnay. José Michel was the first in his family to plant Chardonnay which he did beginning in 1958. Fermentations are carried out in old oak casks or enameled steel vats and the wines go through a malolactic fermentation. José Michel is certified “Level 3” the top level of certification in Haute Valeur Environmentale. The Michels are a founding member of the group, “Tresors de Champagne” known as the “Special Club”.

Although historically Jose Michel made many “mono-cépage” bottlings of Pinot Meunier, he never advertised the fact on the label and when some west coast customers visited him around 2007 and suggested that he do just that, his response was to ask if anyone would buy it. The small cadre of west coast enthusiasts all said that they would and the rest is history. The Pinot Meunier is produced from a single vintage but does not state the vintage on the label because the Champagne does not necessarily spend the requisite minimum of three years “sur lattes”. The style highlights the unique aromatics and fruit flavors of Champagne’s indigenous grape. The level of dosage is 7 grams 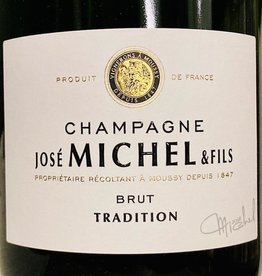 José Michel made his first vintage in 1955 and thanks in part to his cellar of very old bottles of Pinot Meunier, he developed a cult following for his Champagnes. José passed away in 2019 and this “Maison de Tradition” which began in 1847
Add to cart
Jose Michel Champagne Brut Tradition 375ml
$25.00 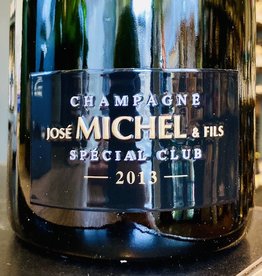 The Club de Viticulteurs is a group of independent Champagne producers who have come together in order to promote the high quality of their work. The José Michel Special Club was chosen by this group as an ambassador of quality and given the right to use
Add to cart
2014 Jose Michel Champagne Special Club
$75.00