Winery of the Month: Villa Calicantus

Recent accounts mostly glance over the ancient history of Bardolino as an important wine growing region, whose service to the Lombards from the early Middle Ages, through the 19th century Austrian empire was of real economic significance. Even upon upon the region's annexation by the newly created Kingdom of Italy in 1866, it was Valpolicella that lived in the shadow of Bardolino, not the opposite.

Daniele Delaini's family goes way back in Bardolino, known as one of the largest wine producers as recently as a century ago. When Daniele's grandfather passed away in the 1970's, so did the family's connection with winemaking for the next four decades. After time spent as a banker, then an importer of Italian wine in Paris, Daniele returned to his homeland, having inherited some of his familial land from an aunt. Villa Calicantus was born in 2011. This land never saw the chemical/industrial revolution that has dominated the region, thus Daniele has worked organically since day one (practicing biodynamic). His is a story of reclamation and rejuvenation, and the wines recall the Bardolino of another era.

This month we're featuring three of the six total wines he produces from his estate of 8 hectares; all produced from the traditional trio of local grape varieties,  corvina, rondinella, and molinara, with small additions of merlot and sangiovese. The first wine he produced is called "Soracuna", which is a traditional family celebration of the birth of a child (why don't we do that, instead of baby showers before their born??). It's a light red that's long on character and clearly capable of long term aging. There's a long-standing tradition of producing a rosato from these grapes called Bardolino Chiaretto, which largely serves the intense tourism industry of Lake Garda. Daniele's version ages for a year, of which the powers-that-be disapprove, so he calls his "Chiar'otto". Rounding out the lineup is a Chiaretto Col Fondo, so to speak, or basically a pet nat, which may be a prototype for a new appellation-permitted designation. 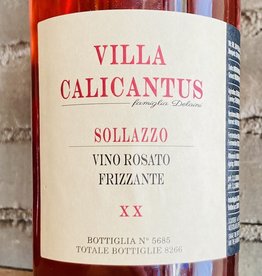 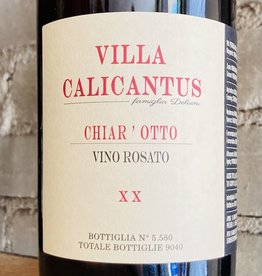 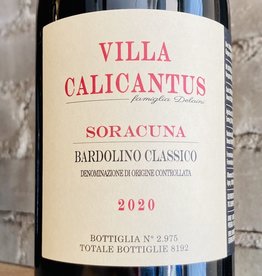