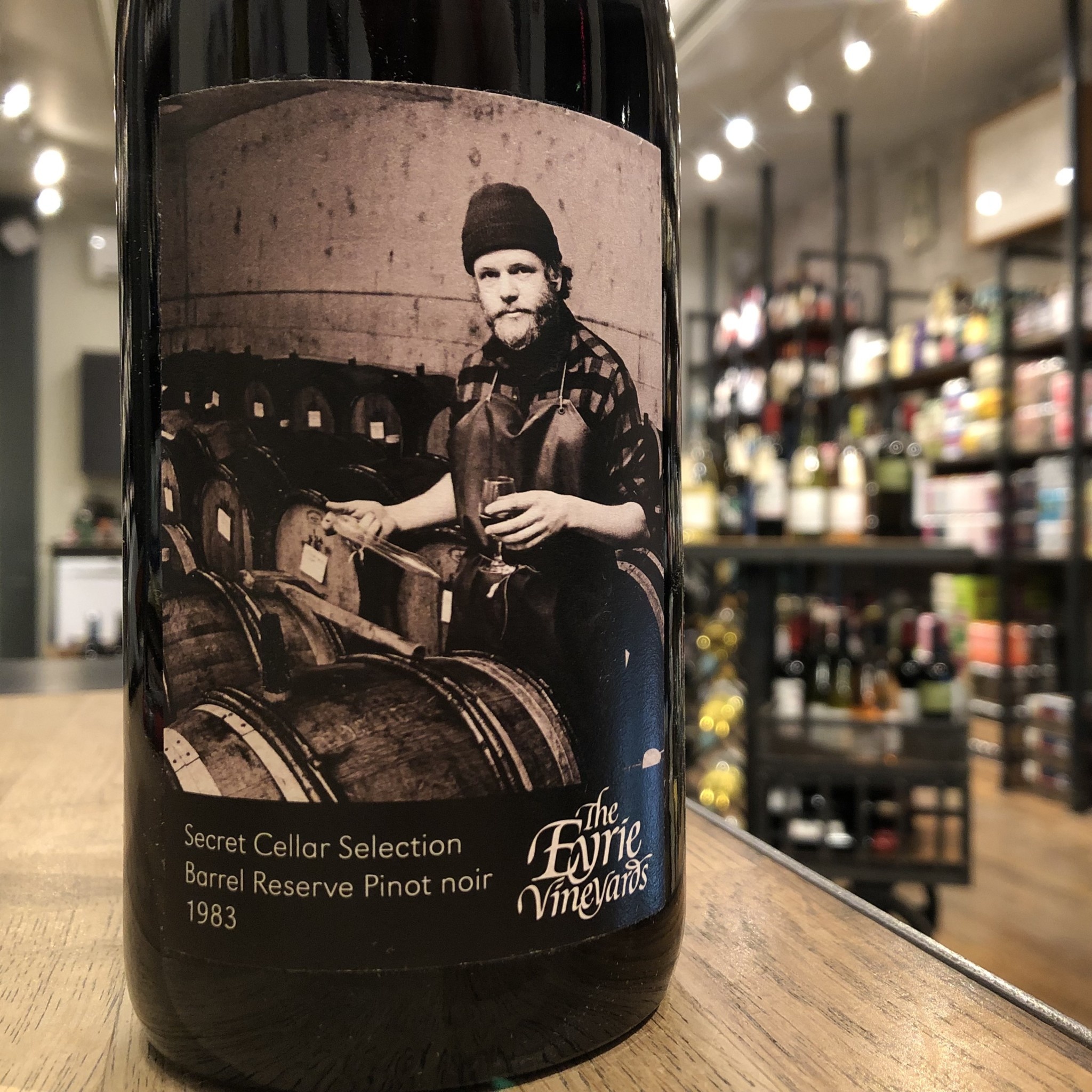 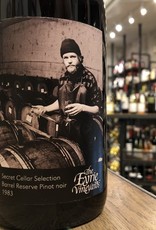 WINE IN FOUR DIMENSIONS
Wine represents three dimensions: Climate, Soil, and Technique. If those three dimensions interact well, they create the basis for excellence. But there is a forth dimension to appraising the quality of a wine. That is the assessment of wines after they have aged. Time is the forth dimension.

All wine gets older. Not all wine gets better. The ability to continue to gain complexity with time is still the gold-standard of excellence in wine.
PROVING GROUND
In 1965, David Lett planted Eyrie’s vines to demonstrate what would happen when the correct dimensions of climate, soil, and technique were applied to Pinot noir and other cool-climate European varieties in the United States. His results have earned an international reputation for quality.

David also felt that the true potential of the region would never be established unless someone believed deeply enough in the wines to cellar them for a very long time. Even in the early days, when money was scarce, David would make sure to put aside a few cases for posterity. He continued to do so throughout his career, eventually amassing a large collection that represented the history of Eyrie and the varieties it produces. Today the Eyrie library represents a piece of wine heritage that is unique in the world.

STEWARDSHIP, EVOLVED
David’s son Jason took over the stewardship of the library when he became winemaker in 2005. It fell to Jason to take David’s vision and carry forward to the public.

Jason’s early assessment was daunting. While the wines had been stored in great conditions, it quickly became apparent that bottle variation had taken its toll.
It would be impossible to show the library, let alone allow the wines to be sold, unless cork taint and bottle variation could be dealt with.

Jason initiated a research program to determine the cause of the bottle variation. He also developed techniques and designed equipment that would allow the wines to be carefully appraised, tested, and repackaged in order to guarantee perfect consistency. This process, called Cellar Certification, is unrivaled in its thoroughness.

A STEP BEYOND
For years, recorking clinics have been offered by top flight chateaux: Lafite Rothschild, Mouton Rothschild, Latour, Margaux, and Haut Brion.

However, Jason felt recorking was not sufficient. Bordeaux is an established region with a reputation for the ageability of its wine. The Willamette Valley, on the other hand, has yet to make its point. That makes the bar even higher for Eyrie’s wines. Jason takes that responsibility seriously.

Cellar Certification has taken 10 years to refine. Today, we are able to offer a suite of wines with unparalleled consistency and provenance. With these wines, The Eyrie Vineyards hopes to help advance the reputation of the Willamette Valley as one of the world’s great regions.

CELLAR CERTIFICATION
This careful, attentive approach to the wine is carried through to our Cellar Certification process. Over the last five years, we have developed a 21-step process that ensures each bottle offers the best possible expression of its vintage. “Cellar Certification,” as we call it, excludes oxygen during the opening, tasting, reblending, rebottling, and recorking of each individual lot. The process eliminates the two greatest risks associated with older vintages—cork taint and bottle variation.

Pressurized argon gas is used to push the fragile corks out without breaking them, leaving behind a layer to protect the wine from oxygen exposure.

Each bottle is tasted against a standard for the vintage before being unbottled and reblended for a unified, faithful, and consistent representation of the vintage’s character.
Add your review
0 stars based on 0 reviews 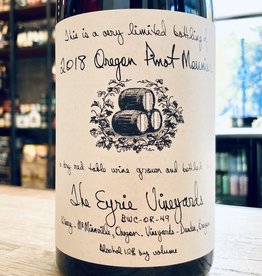 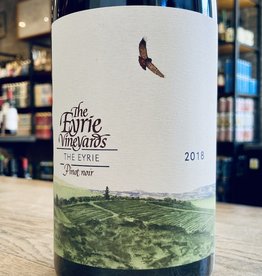 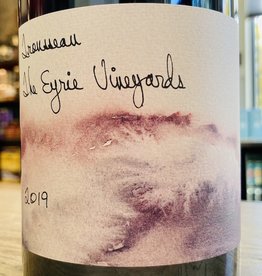