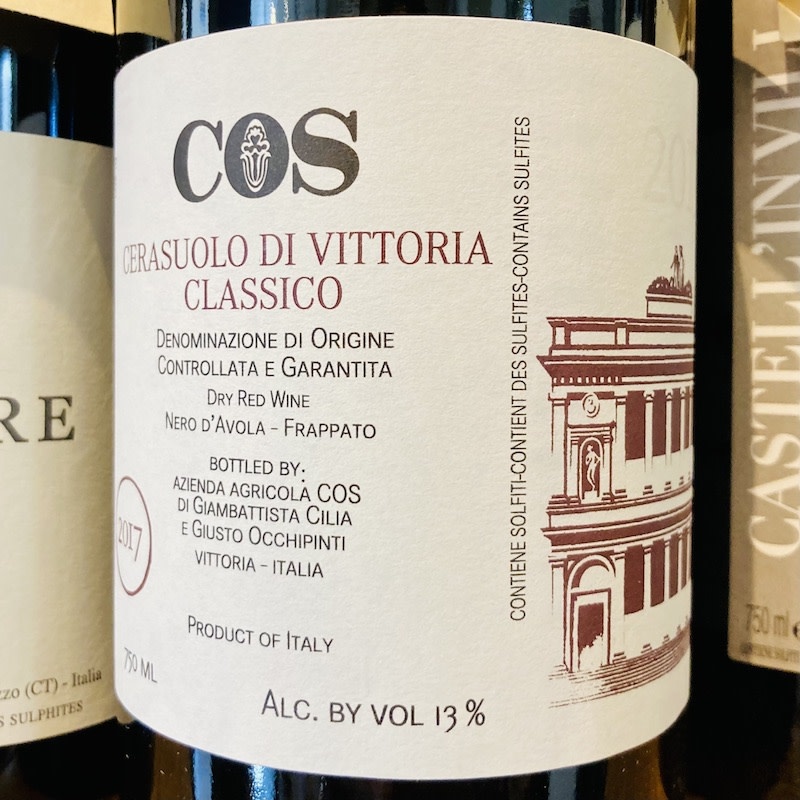 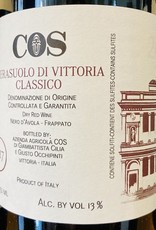 Vineyard: Located in southeastern Sicily, the DOCG of Cerasuolo di Vittoria is the first and only DOCG on the island. The vineyard sits at 230 meters a.s.l. on a soil type formed mainly by limestone. The average age of the vines is 25 years. Organic, biodynamic.

Vinification: Harvest took place over the period of late September to early October. Spontaneous fermentation on the skins with indigenous yeasts, followed by a period of aging in Slavonian barrels and later bottle.

Tasting Notes: There are depths of crushed raspberries, pomegranate, roses and peppery herbs to be found in the 2017 Cerasuolo di Vittoria Classico. This is silky and pliant in feel, offering ripe red and blue fruits accentuated by sweet spices, as juicy acidity maintains vibrancy. Salty minerals and inner violet florals come forward through the close, along with nuanced tannins that create a classically dry sensation on the elegant finish. This is a total pleasure to taste, but while it’s already drinking beautifully, it will also excel through a number of years of cellaring. The Cerasuolo di Vittoria Classico is a blend of 60% Nero d'Avola and 40% Frappato.