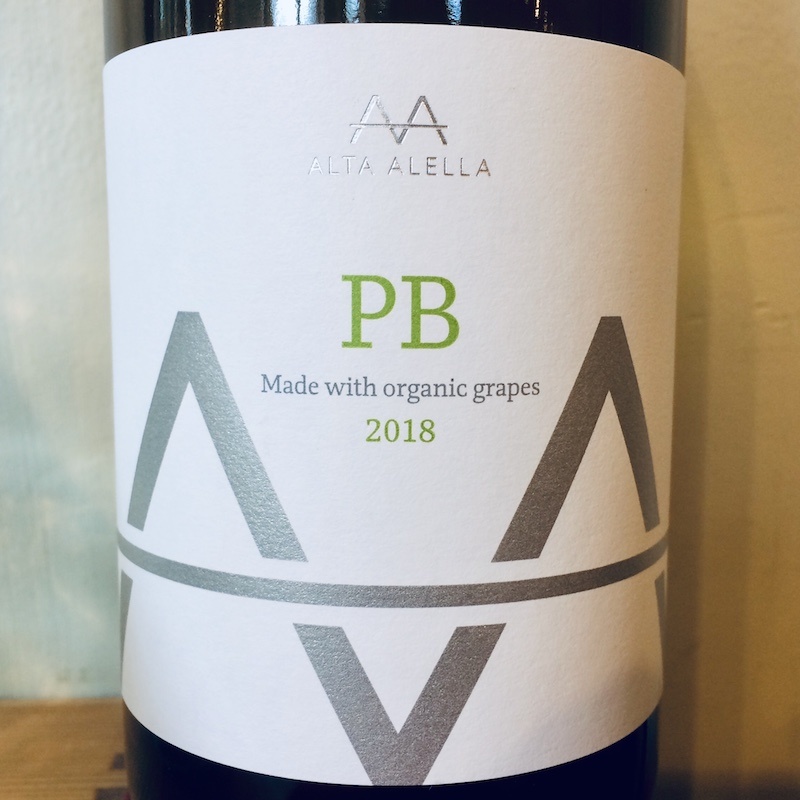 Alta Alella is a family-run project started more than twenty years ago by the enologist Josep Maria Pujol-Busquets and his wife Cristina Guillen. AA is the closest winery to Barcelona (10 km), located within the agricultural area of a natural park known as the “Serralada de Marina’. The estate is just two km away from the Mediterranean Sea, where vineyards are planted on slopes and terraces between 100 and 250 meters above the sea level. The vines are grown on Sauló soil, which is an acidic white granite-based sand with low limestone content, low organic matter and good drainage. Josep Maria's aim is to produce ‘transparent’ wines, that reflect soil and vintage characteristics. The harvest is carried out by hand, paying individual attention to each plant. Currently Alta Alella farms 60 ha within the D.O Alella (the smallest D.O. in Spain) and the D.O. Cava. Enjoy this crisp, subtly nutty white with fresh seafood and root vegetables. 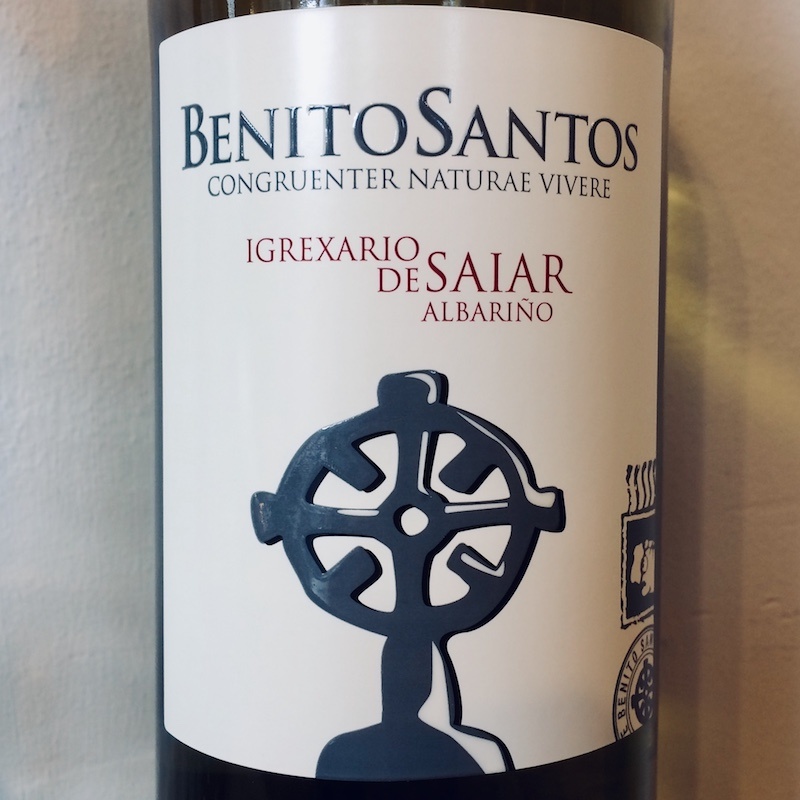 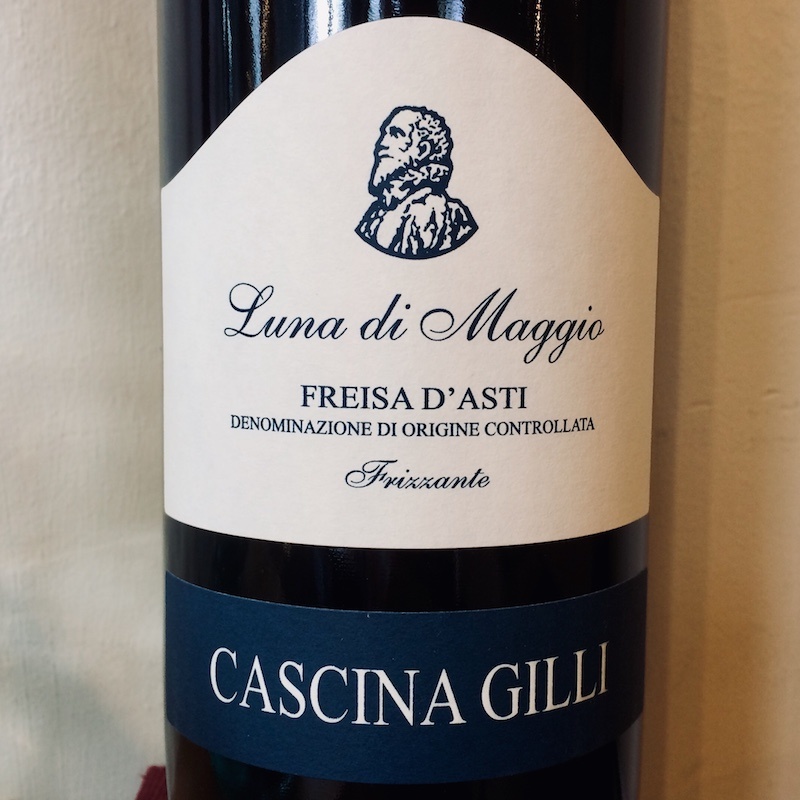 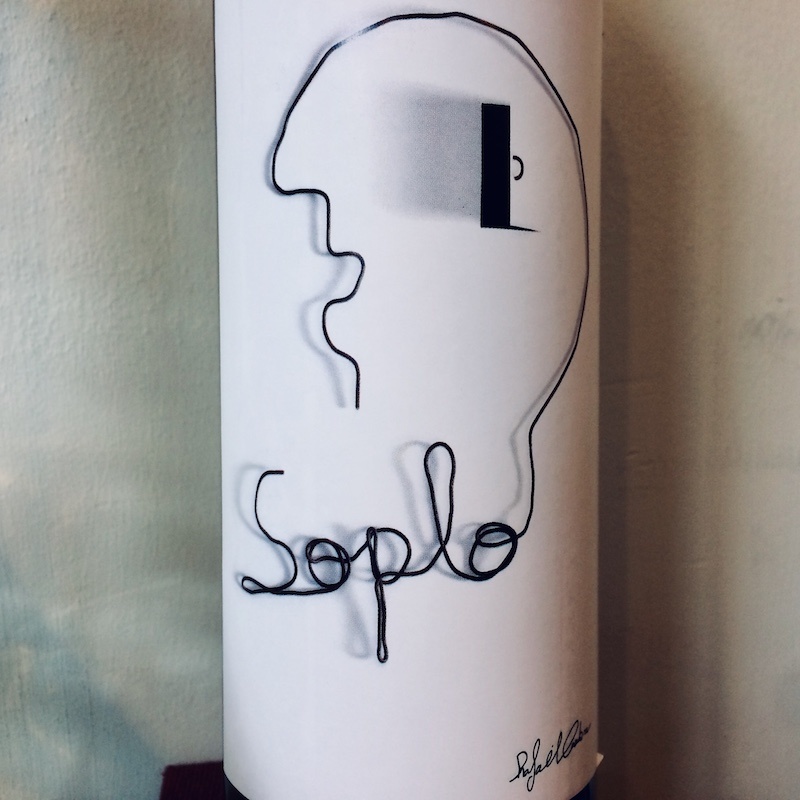 From a family whose vine nursery includes some of the best wineries in Spain, Rafael struck out on his own not long ago upon the discovery of a vineyard of 40-year-old monastrell vines. His work has expanded to include a handful of other cuvées from vineyards in Valencia and one from Rioja. Here we have his version of garnacha tintorera, a.k.a. alicante bouschet, which has naturalized in this part of Spain. Best known for being one of the rare grape varieties with red flesh (teinturier), it's also popular in warmer climates for its resistance to heat and drought. "Soplo" was fermented in stainless steel tanks and aged for 4 months in used barriques prior to bottling. It's a hearty red with some savory notes that's asking for you to turn your oven on and put some meat in it. 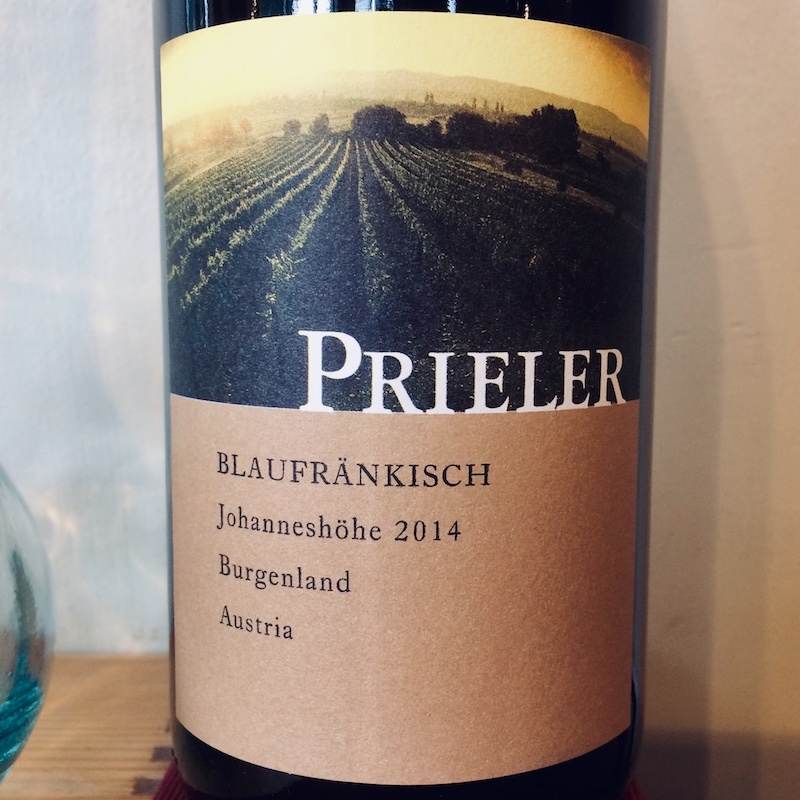 The Prieler estate is a historic old farm in Schützen, on the western side of the Lake Neusiedl, once dedicated to many types of agriculture but now specializing in grape growing. Two generations of the Prieler family now run the estate: Engelbert and Irmgard, who in 1972 focused the estate on quality production of several grape varieties, mainly blaufränkisch and Burgundian varieties. Their son, Georg, now heads the estate and continues working to best express the unique terroir of the Leithagebirge. Prieler’s 20 hectares are currently cultivated in vineyards between the Leithagebirge, the last outpost of the eastern Alps that protect the vines from the western winds, and the Lake Neusiedl, which tempers the hot climate of the Pannonian plain. Basking in 2000 hours of sunshine annually, North Burgenland is the sunniest region in all of central Europe, with far below average rain fall. The iron-rich, brown loam of the Johanneshöhe on the slopes of the Leithaberg produces delicious blaufränkisch. In the vineyards, the Prielers prune rigorously, plant cover crops and pay meticulous attention to canopy management as their region receives so much sunlight. This wine is generous yet light on its feet and pairs well with lighter meats and roasted vegetables. 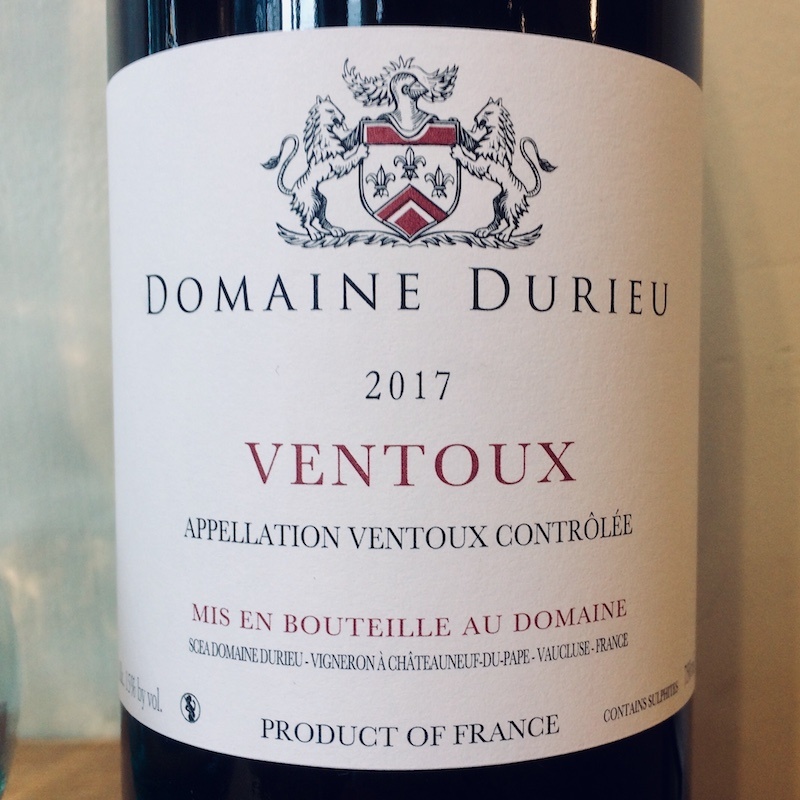 Paul Durieu started his estate almost 50 years ago with 3 hectares in Chateauneuf-du-Pape given to him by his mother Lucile Avril. His son Vincent now manages the estate of close to 40 hectares, from which a half dozen or so different cuvées are produced. Durieu Ventoux is a very polished rendition of the southern Rhone blend that manifests the classic dark berry fruits associated with grenache and syrah's attractive peppery smoke. Consider pairing with any number of classic bistro entrées.